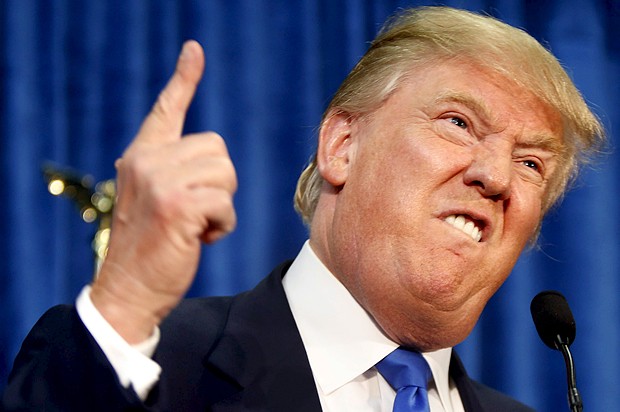 Nobody ever went broke underestimating the stupidity of the American people. This phrase is largely attributed to H.L. Mencken, but disputed by some. So, I do not claim to be a great political analyst. I just wonder at the stupidity of Americans. The first Hillary-Trump debate took place two days ago and my TV is still full of fallout from that event. I actually did watch it and there are a lot of things that I could talk about, but I will limit myself to two main points:

Trump is not willing to reveal his tax returns and I don’t care what his excuse is. As a matter of fact, I do not really care to see his tax returns. What I do care about is that Hillary mentioned that some of his past tax returns showed that he paid no tax at all. He interrupted her again (he did that 40 times) with:

I do not think it was a smart thing to say, even if he might be that smart. Here’s how I see it: I am 69 years old and I receive a pension and a small payment from the SSA. It is difficult to survive on it and I am always looking for ways to patch that up. And yet, I am still paying taxes. I came to this country 41 years ago and during all those years, I kept paying taxes. I guess that what Trump is telling me is that I am stupid. Be that as it may, I am not stupid enough to vote for a man who proclaims loudly and clearly that the rich should pay little or no taxes.

The second point that came up in the debate, was bankruptcy. Six of Trump’s companies went bankrupt; thousands of his employees and partners lost jobs and money, but Donald came out on top every single time. His response:

“It was all legal. If someone thinks that this is wrong, they should change the law.” (I’m paraphrasing here, but that’s pretty much how he said it.)

So, basically, if Donald Trump becomes President of The United States and the country goes bankrupt, it wouldn’t be his fault if he does everything legally. He could bring us to our knees and move to Russia. His buddy Putin would welcome him with open arms.

Now, I have seen many Trump supporters being interviewed on the street and wherever and claiming that Trump won the debate hands down. Funny thing, they did not seem like undercover billionaires, so I had to conclude that these are the Americans that H.L. Mencken may have been talking about: People who would gladly pay more taxes and chance bankruptcy, because they admire Trump’s toupee.

I guess 41 years was not enough time to turn me into a stupid American. I hope that there are many others like me out there. I also do not believe what Mencken said. He was a smart dude, but amongst all of his pearls, there was a lot of crap as well.

One last point: Look at that pointer finger in this picture. How much more evidence do you need before you realize that he is talking to the 1%? Wake up my people – no matter how much you want it, you are NOT in that 1%!