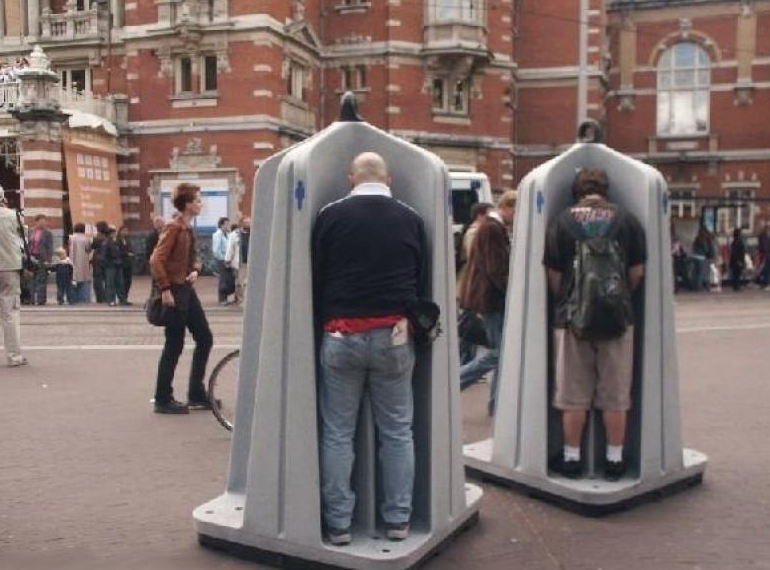 These urinals are a common sight in Amsterdam and nobody thinks about them twice. They are of course biased towards women, but I am trying to make a different point. The point is about the mores of different peoples. It is very unlikely that this kind of freedom will be available in the United States in the near and for some states perhaps very distant future. I consider urinals to be a symbol of a male chauvinistically dominated society. But again, let’s just skip over that and get to the point.

The point really is about toilets in public places and the big to-do about transgender people. It is ridiculous to see Obama decree a set of guidelines about it and Trump threating to dismantle them. The fact is that our society is not quite ready to accept that. We do not talk about sex related topics to our children, most of the time until it is too late. I am not going to pontificate on how screw up that makes a majority of our citizens. Let me just make a simple point: sending a person with a female body into a men’s toilet is wrong. It will lead to all kinds of new issues that will lead to all kinds of new potential solutions and so on.

The simplest solution is to unify all toilets. I do not quite understand what the difference is. A lot of public places have bathrooms that, though segregated, are being accessed by one single door. Yes, there are two doors behind those ones Men & Women that lead to two separate toilet rooms, but they are in actuality connected by same plumbing and in a lot of cases not well insulated acoustically. So, the simplest solution would be to get rid of urinals and replaced with enclosed stalls. We could then replace the Men or Women sign with one that just says Toilets.