Don’t Let the Yahoos Bring You Down! 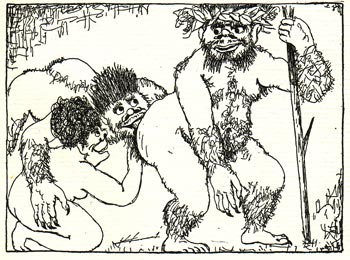 For the third year in a row I started posting my poems on an April poetry blog. I find inspiration in everything and the things I write are very eclectic. Some of them are also quite erotic, which did not seem to bother anyone in previous years. I am a self-published author and though I have not yet managed to sell many books, I consider that to be quite an achievement anyway. So, this year’s poems went down fabulously – I got complemented by the lady who runs the blog, who is also a published poet with a fine arts degree. It was flattering! Even more than that, I impressed quite a few poets who wrote very positive comments about my poems.

The culmination came when one of the poets wrote a poem about me. Fame and fortune are nice, but the praise of fellow poets is priceless. That went on for twelve wonderful days and then we crashed! Not the site, the poem I wrote ruffled too many feathers and I was asked politely to just go away. Sadly, the respect I had for J. the moderator/admin., etc. has evaporated. I was sure that she would easily understand the gist of my poem. She actually was polite enough to call me up and tell news in person. At first I agreed to address the issues that some members had expressed, but my poem together with all the comments, was gone. J. promised to send me a message with those comments, but it’s been a week and I have not received it. I wouldn’t have apologized anyway; I would have just tried to explain.

Well, here’s the thing girl: You have let the Yahoos bring you down.

Sadly, you seem to think that the masses should rule artistic expression. By that criterion we’d all soon be writing phonemic poems trying to imitate the speech of cavemen. I have in the past, unsuccessfully, attempted to write such things and it is not that easy – the problem arises when we all get limited to that narrow field of expression. I do believe that the Yahoos have their uses. Once in a while you take one of them home, wash her off and say sweet things to her.

As I seem to be misunderstood a lot lately, let me just add that this is not a male-chauvinistic derogatory remark. Yahoos actually come in all genders, sexual orientations, creeds, colors and so on – I just happen to be a hetero.

So, where was I? Oh, yes that infamous poem. Here’s how it came about:

I was sitting on a bench at the edge of Forest Park and right across the street, a car was blasting some low culture music. What is low culture? It is the kind of culture that takes a language and drags it down into the gutter. English is actually my sixth language and I am quite proud of the fact that I have learned it fairly well. So, I the few words that I extracted from the semi-intelligible noise were:

I thought that what happened to the language was sad, but even worse than that there was a word in there that really pissed me off.

Turned out the driver of the car was not actually in it and he came walking around the corner with two of his friends. Another one joined them a few seconds later and they all high fived it greeting each other with phrases like:

I used to think that it was very funny when people in this ethnic group used that word. I mean it was quite obvious from their features and accents that they were of Indian descent. Probably, Trinidadian or Guyanese since those are predominant groups in that area. And then I thought about the real issue with that word: The way I understand it some people are allowed to use it and get away with it while others are not. Obviously black people are allowed to use it – I mean all those rappers on the radio and the black kids I overhear on the street sometimes. The Indian Niggers – I guess they probably use it amongst themselves. I even overheard some with rapper wanna-be’s use it amongst themselves. A person like Kinky Friedman, who is a white Texan/Jewish singer, used it in a song that still gets some air-play once in a while. I however would potentially put my life in danger if I used it in the wrong circumstances, meaning outside of all white circles of racists. I submit that this word is attempting to deny me the right to free speech as outlined in the First Amendment to the Constitution. So I wrote the infamous poem that got me banned from the April Poetry group. As I have previously said it uses very strong sexual imagery to try and make my point and I re-read it a few more timers and still find the satire of it quite justified. So here it is:

Some guy had his car running with the radio on
A rapping station broadcasting some ‘song.’
This guy went on and on about his baby mama
And he kept repeating that word n-,
But my wife’s faster that a young New England chigger

Turning to me she said:
‘A white man cannot utter those in a mixed company
Especially that one that starts with letter “n”‘
‘Can you then fill my sentence you who are so brown and tan?’
‘My brown is of a different kind so I’m not sure I can.’

We seemed to have the stage so I went on
‘Let me than tell you of a dream to entertain anon.
Riding a camel in dry desert I appeared
Thirsty and covered all in sand
When a dark beauty in a puff of smoke showed up with flask in hand

Her breasts the size of Africa each one
Between her legs the Nilus delta leered at me
As midnight black and naked as a one can ever be.
Ha, I guess that’s a correct ‘n’ word
None of you gents and ladies flinched and thus onward!

‘My liege a lowly nymphomaniac am I’ she says.
Success, my wife seems to be frowning at my turn of phrase
But this other ‘n’ word does not become a federal case
‘I’ll quench your thirst and then mine you will quench’
Her flask she handed me and I drank deep while measuring the wench

One of the guys came over to find out about the running car
I told him that the song was long and they kept talking ‘bout the baby mama
Using that ‘n’ word quite a lot and when the driver showed
‘Twas a young Indian man. Two others then came running and they issued that ‘n’ word one in ten.

Why were they running, was the police or someone after them
Forgot myself but wife was faster on the trigger
She had her hand clamped round my mouth before I finished saying
It was just another Indian n-‘

I poured myself another drink and thought about this lesson Seems fuck and cock and nymphomaniac are fine to entertain But one that starts with ‘n’ might get you killed if you say it again One of the guys came over to find out about the running car I told him that the song was long and they kept talking ‘bout the baby mama Using that ‘n’ word quite a lot and when the driver showed ‘Twas a young Indian man. Two others then came running and they issued that ‘n’ word one in ten. Why were they running, was the police or someone after them Forgot myself but wife was faster on the trigger She had her hand clamped round my mouth before I finished saying It was just another Indian n-‘   Does this have any artistic merit? I wouldn’t know. I do however think that the role of poetry is to alert people of things that are wrong and this is one of them. Ms. J. also did not explain which part of the poem the Yahoos found offensive, so I find myself wondering: what if the nymphomaniac belonged to a different ethnic group? If she was say –

A plus-size whore from Bangalore with
Pointed tits so Indian
Each like the map. of Hindustan

I guess it is a moot point., so here’s my goodbye poem:

Just when you think you soar on eagle wings
The Gods will strike you down
Forgot your place again did you?
Get back and grovel on the ground.

Oh well, there were twelve good days
And that’s a magic number.
As for thirteenth, just makes me wanna slumber
And so, it’s back into oblivion

This will teach me not to post my work to groups that have the power to censor my work. From now on it will stay in my blogs and web sites. Those who wish to read my stuff will have to follow the link.

**You’re as Beautiful as a Foot – is a song by Blue Oyster Cult.