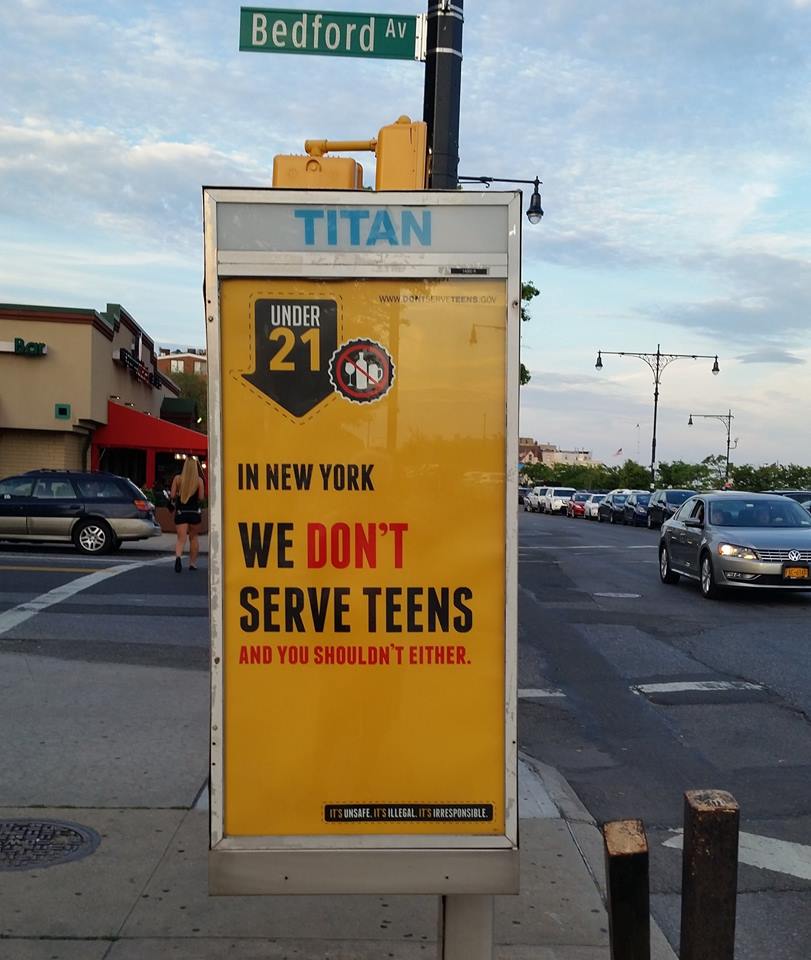 Everybody understands that to mean that we do not serve alcohol to teens. Very few think about how we really serve teens. We serve them as cannon fodder in Afghanistan, Iraq and many other places.

I am going to be 69 years old in a few months so you might ask: what’s in it for me? Strangely, as I get older I am getting a better understanding of the Jewish concept of Tikkun Olam – simply translated it means Fixing the World. I do not know if I can fix this issue, but I can try to, at least, give a bit of advice. I think that sending someone to a foreign country to their potential death without first allowing them to have a last drink should count as a major crime. The only way to even this field is to:
1. Lower the drinking age to 18.
– or –
2. Raise the draft age to 21.
Now, we seem to have something like 30 million youngsters between the ages of 18 and 21. That represents 14% of the total voters. In the 2012 presidential elections, only about 129 million actually cast a vote. It is not easy to come up with a good estimate, but I would say that 30 out of 129 million can make a huge difference. That number is almost 25% of the total number of voters. Granted, not all 18 year olds want an alcoholic beverage. However, I submit that most of them would be unhappy about the double standard. So, how come none of the brilliant staffers of say, Bernie could come up with this idea for a campaign? Adversely, why are these youngsters not more active politically?
Girls, guys, look at the numbers. You can too, make a huge difference.