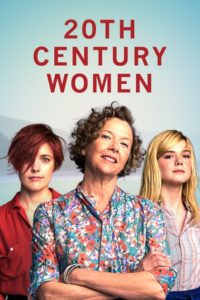 So, as Mr. Llime was out of the country for a few months, no one was here to crack the whip, so I forgot all about his reviews. Apparently, the other guys (or rather guy, cause I think he made one up) didn’t write anything either. Ernie’s whole idea was to get together a review site in order to promote his writing. Now, does this guy love to write. The problem is that he lacks focus. He has not published anything in over a year and when I asked why he stopped writing he gave me a short barking kind of laugh:

“Stop writing?” he asked “I wish I could. I write 1-2 thousand words on most days and sometimes even more. That means that in the past year or so, I wrote at least 500,000 words. The thing is, I cannot quite seem to finish anything. Actually, I have finished quite a few short stories and I almost have enough material for a new collection of erotica. The problem is that new story lines pop-up in my head all the time and I have to write them down. Most of the time they keep writing themselves and evolving so that I keep writing until a new story line pops into my head and I cannot figure out how to incorporate it into the story I am working on, so I start a new one. So right now I have at least twenty unfinished projects – novels, short story collections, poem collection and other things.

“Huh, you should hire a ghost writer” I told him “and speaking of screenplays, did you see ’20th Century Women?’

“Well you should, I think you’re going to like it.”

“O.K. so then why don’t you give me a nicely written 300-500 word review of it. It would explain why you like it and you can put it the review blog and make me happy.”

Funny, I guess he does have some impact. I just wrote a little more than 300 words without even thinking about it. Means that all I need is maybe 200-300 more.

So, this movie has been nominated for an Academy Award for Best Original Screenplay (which I didn’t even know, but I need some facts.) I can see why – the action is happening more or less, in a linear fashion in 1979 with a few flashbacks. The narrative, related mostly by two of the main characters, is following a weird time-line. The narrators which appears to be happening in their own minds, describes events that have happened, as well as others that haven’t happened yet, as if their were prescient. Strangely enough, it does not quite defuse the tension raised by some of the questions. The main one for me, was which of the two leading young women does our underage character get to sleep with?

The two main men are equally fabulous, though I think they both come across as somewhat larger than life. It is however interesting to note, that their future life as unveiled in the narrative, makes them so much more human. Billy Cruddup as an older, mechanically inclined hippie is deliciously sexy and I could really do some stuff with him. On the other hand, Lucas Jade Zumman is almost too beautiful to be true and I kept thinking ‘Somebody please jump his bones. He’s totally ready, willing and able.’

This entry was posted in Movies. Bookmark the permalink.