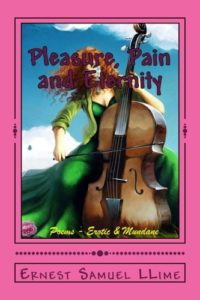 Interestingly, he has also gathered some of his song lyrics and again, it is hard to know what to expect. His lyrics are quite close in their nature to his poems and they include quite a lot of references to the Goddess in Her multitude of forms. Other lyrics, like Sinderella and the Shoe Store Clerk can sound jocular and lustful at the same time, while others yet, sing of lust and betrayal and would be quite at home in a country singer’s repertoire.
In general, it is a fun and at times thought provoking tour de force and a fitting companion to his other works.
This entry was posted in Books. Bookmark the permalink.